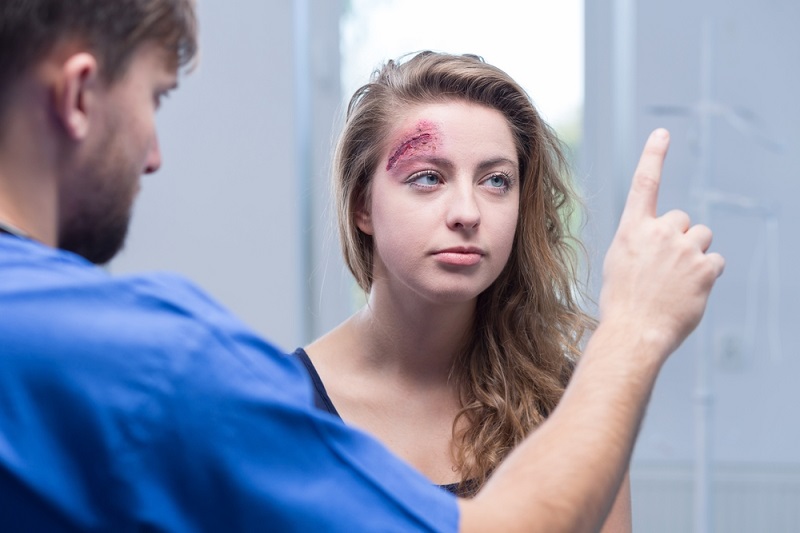 Concussion is a mild type of brain injury, but it should be taken seriously.

A concussion occurs when a hit or jolt to the head or body causes the brain to bounce around inside the skull. These movements can damage brain cells and cause chemical changes within the brain. Common causes of concussion include blows or falls during sports, falls at home, car crashes, and being violently shaken. Up to 3.8 million concussions occur nationally each year from sports or recreation alone, according to government estimates.

Symptoms may start immediately or up to several weeks later, and may include a wide array of symptoms, including:

The information below is from the UPMC Sports Medicine Concussion Program website. It lists myths and facts about concussions.

Our initial forms include a Post Concussion Survey Form. When the doctor performs his initial evaluation, he will review this form to determine if a concussion may have occurred. If he feels that a concussion may have occurred, he will perform an exam to evaluate eye movement, coordination, and balance. Additionally, he will have you perform testing of your thinking and memory. One example of this testing is called an IMPACT test, which is administered by computer.

A neuropsychological evaluation tests a person’s mental abilities and mood, including attention and concentration, learning and memory, planning and abstract thinking, language and communication, motor and sensory functions, academic skills, and other intellectual abilities. The test is done through a questionnaire and typically take four to six hours.

Psychological evaluation would identify any emotional or behavioral challenges, which can be caused or worsened by a concussion.

In most cases, patients should stay home and rest for two or three days after a concussion, then gradually increase their activity level over the next few weeks.

In addition to resting the brain, a program of home based exercises will be provided that will augment the program of therapies and exercises you will be performing in our office. Our treatment program for concussion will based upon your specific needs. Gentle manual therapy for the cervical spine may be performed, as well as a variety of oculomotor and vestibular therapies to correct problems associated with eye focus, eye movement, balance, and memory.

Our doctors can advise you on the right pace for your return to normal activities, including work and/or school. In fact, either too much rest or too much activity can delay your recovery, so it’s important to strike the proper balance between the two.

Most people recover fully from a concussion, but the process can take weeks or sometimes months. Patients must rest to allow their brain to rest as they perform specially designed exercises to treat the problems found during the examination. As they improve, they will be allowed to gradually return to normal activities of work, sports, and school.